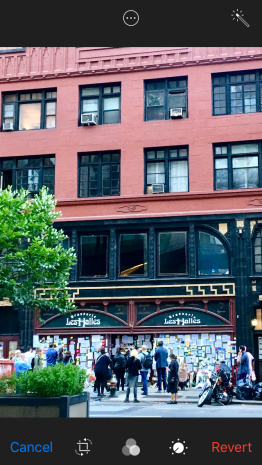 June 8, 2018 I woke up at 6:30 AM to the tragic news, “Anthony Bourdain, Dead at 61. ” I couldn’t believe what I just saw on my cell phone. I looked again..there it was. I felt very sad. How can someone so young, so vibrant, so full of life be dead? Then I read on, it was a suicide. Now I became very sad and there was a numb feeling that came over me.

This was the second, high profile person within one week to commit suicide. First, Kate Spade, the bubbly, highly talented “purse” designer, who apparently spoke with her dad about vacation plans just an hour before her suicide. And now it was Anthony Bourdain, or Tony as most people called him, so full of life, living the dream, found by his dear friend #EricRippert, who were  in #Strasburg, #France while shooting a new episode for his CNN series #PartsUnknown.

What was Tony’s final straw that brought him to take his own life? Where were his friends or family? Did he talk about being sad or depressed while laughing it off?

When you  look at the video and pictures of his last hours, he looks so happy. But apparently they were the “Say Cheese” moments, because deep down he was fighting some demons.

I have seen several of his episodes where he openly talks about  his  depression and how at times he goes into depression. Did anyone take him seriously? Did they ask him enough questions? Did they try to help him seek professional help? Or, better yet, did they know they should or how they should?

Mental health is not discussed enough or still socially accepted like physical health. There is a stigma, or at least a perceived stigma. But it is an issue we DO need to discuss and bring about more awareness to, to help save lives.

I am not a therapist but I do believe that we really need to pay closer attention to people when they talk to us. I believe most try to reach out. But do we listen is the question. Put your phones down and look people in the eye and open your ears..remember there is a reason we have two ears and one mouth.

Your hug, kiss, smile or kind words may actually save a life.

I am not trying to minimize the effects of mental health but just awareness. Listen, pay attention and offer a hand, a smile, your time to just listen. Just because someone is on the top of the world does not mean they are internally on top of the world.

Tony had an envious lifestyle,  an infectious smile…almost boyish. He loved food, people and travel and it was very transparent in his various television series. I loved watching him on #CNN and #Netflix and would binge watch all the time. His voice was soothing and his stories were interesting. I will miss him deeply. He was my neighbor in the Upper East Side, although I never met him. (I did meet Eric Rppert.) On Instagram he would show videos of the city (NYC) and I could see my apartment..now how cool is that?

Tony, I will miss you very much. You were my inspiration for what I want to accomplish. You made it seem seamless and yet you were so humble. I pray you are at peace and I pray your little girl will be surrounded by many loved ones to help her with her  loss.

Below is a click from youtube that I enjoyed. This is also one of my favorite meals to eat. So simple and basic and absolutely delish!

Let’s all try to become more aware of the people around us and what they are really trying to tell us.

And on a lighter note, let’s enjoy the recipes Tony left for us to enjoy!